The Awakening: The goodreads giveaway has begun!

Posted on May 25, 2020 by therealbuffybrinkley 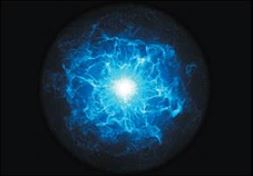 The Goodreads giveaway for my new novel, The Awakening, has begun! From now until June 19, you will be able to enter for a chance to win one of five copies of the second book in the Blazing Trilogy. If you liked The Blazing: A Vampire Story, you will like The Awakening: The Blazing Book Two.

The footsteps drew nearer, the breathing raspy and almost inhuman. She closed her eyes. Her stomach felt queasy, then a jolt from her lower abdomen. Pain swept through her abdomen like a series of uncomfortable aches running a roller-coaster track. She pressed her hand to her stomach and tried to still it. Doing her best not to make a sound, she projected the phoenix around herself in an attempt to calm her stomach. The phoenix soothed, and the pain dulled but did not dissipate completely. The owner of the footsteps and labored breathing stood just outside the kiln. Then a heaving sound ended with a loud thump on the slab above her. Smells, familiar and daunting, accosted her nostrils. Then a squeaking friction drew her attention as the dim outer lights of the mortuary began to disappear. The kiln door was shut completely and locked into place from outside.

Viveca stood and turned on the flashlight again. The body of Debra Kirsch lay awkwardly on the slab. She wasn’t surprised. The first of the familiar smells was blood. Debra’s body was pale. A cavernous hole sat in the middle of her chest, the remnants of arteries pulled through. Viveca snapped a few photos for evidence, but that wasn’t her biggest priority at the moment. She was trapped in a cremator kiln, and sooner than later, Debra’s killer was going to ignite the gas turbines, and the old combustion system would fill the chamber with fire.

from The Awakening: The Blazing Book Two

Good luck! To enter the giveaway:

from The Awakening: The Blazing Book Two

← The Blazing: A Radio Interview
One giveaway Ends, Another Begins →